WHY I BROKE UP WITH ODUNLADE ADEKOLA- ACTRESS TAIWO AROMOKUN 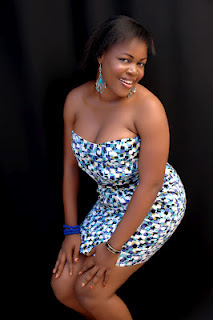 Odunlade Adekola and I

I am very blunt and God-fearing. I actually went out on a date with Odunlade Adekola. I will not deny it. But we are no longer dating each other. We are just friends now. In fact, we will remain just friends for the rest of our lives. We are still close. People tend to get the wrong ideas when they notice that a particular guy casts a particular lady in his movies constantly. Odun is a very sentimental person. He believes that I am a good actress. He is well known. Right now, he is number one in the Yoruba movie industry. He believes that somebody
can benefit from his stardom and succeed as well. I think that was what he did for me. God will not come down to help you. He would send you help through people. God used him to lift me up in the industry. 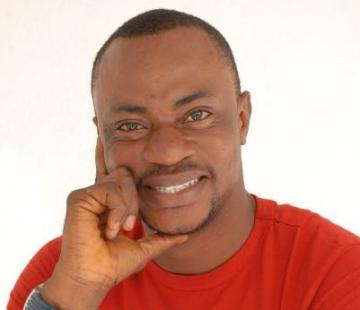 Why we broke up

We broke up for a personal reason. I wanted to move on with my life. Odun was married with two adorable sons and he was not ready to take a second wife. So there was no point in continuing the relationship. I would have married him if he had asked me. I know my father would not have been pleased with that if he was still alive. But marriage is about understanding and happiness. If I find a man that understands and respects me, loves and cares for me, what else do I need? Despite the fact that we are no longer lovers, we still communicate to each other. It was rumoured I fought with Flakky Ididowu over Odun. It is not true. Such a thing didn’t happen. I have seen Flakky just once this year. I don’t go to parties. How could I have fought with Flakky during a party? People think I am proud and I hardly talk to my colleagues. But that is not the case. I am only reserved. I always keep to myself in order to avoid gossip. I was hurt when my relationship with Odunlade broke up, but life goes on. The truth is that we didn’t even break up like that. We just came to a mutual understanding. A friend of mine actually said I was the one who didn’t want to marry Odun. I asked her why she said so. She said a lady should know how to hook a man. But I am not that kind of person. I knew he was married before we started dating. But some people are destined to get married to two wives, even if the first wife agrees or not. I shouldn’t be desperate to hook a man. I don’t have any regret dating him. I also know he is happy dating me.

I am currently dating Jesus Christ, who will eventually find another man for me at a more convenient time. I am happy with Him. He doesn’t make my head ache with pain. I don’t believe that dating Odun would affect any future relationship with another man. Any man that wants to date me should know that I have a past. I am not so ugly for anybody to think that I would have been without a boyfriend all my life. I have moved on with my life and I know I would still get another guy. If the guy I meet is married again, I would know I was destined to be a second wife. I don’t know why people are sentimental about actors dating actresses. Bankers date each other. It wasn’t as if I dated a physically-challenged person. Even if he were, I still liked him a lot. Most of my colleagues are getting married. I am happy for them. But I also pray the marriages work out. I feel pained when a colleague’s marriage breaks up. It makes me remember what my father said about this profession before he passed on.